Nagrota terror attack: Four terrorists of Jaish-e-Mohammed were killed by security forces in an encounter in Nagrota, Jammu and Kashmir. These terrorists were trying to unravel the big terrorist incident on 26/11. 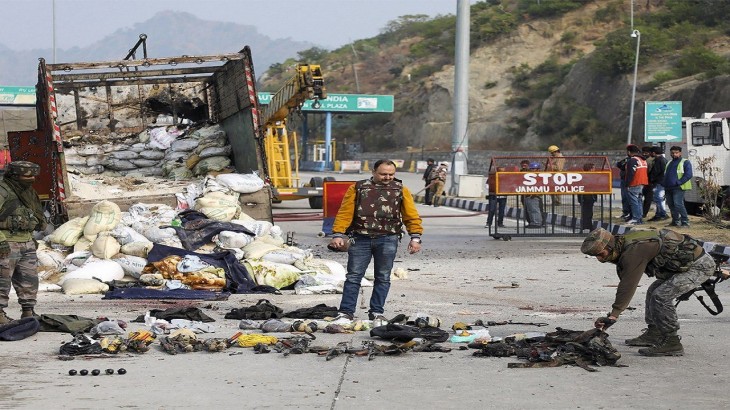 India seems stern on the Nagrota encounter case. The Foreign Ministry has summoned an officer of the Pakistan High Commission after the evidence from the terrorists about their being Pakistani. All the four terrorists killed were associated with Jaish-e-Mohammed. On Friday, Prime Minister Modi called a high-level meeting and inquired about the situation.

After the terror plot failed, Prime Minister Narendra Modi said that the killing of 4 terrorists associated with the terrorist organization Jaish-e-Mohammed and the presence of huge amount of weapons and explosives indicates that their attempts to create great destruction were thwarted again. Has been done. The Prime Minister tweeted that our security forces have once again displayed great bravery and professionalism.

According to IG Mukesh Kumar, information about the movement was received from intelligence sources that the terrorists were planning to obstruct the upcoming District Development Council (DDC) elections. During checking, when the truck carrying the terrorists was stopped around 5 o’clock in the morning, on inquiry, the driver was shocked and jumped and started running. During this time, bullets started running from inside the truck. The security forces piled the four terrorists in the truck.

If you are upset with stomach pain, follow these home remedies

Drinking water from a plastic bottle is harmful for health

Do you know what causes weight increases after marriage

Bobby Deol’s increased trouble, will have to go to jail, people...

Akbaruddin Owaisi challenged to break the tomb of Narasimha Rao and...