It is a matter of relief that India took 22 days to reach 80 lakh to 90 lakh cases. This is the second slowest increase in India on 1 million cases. 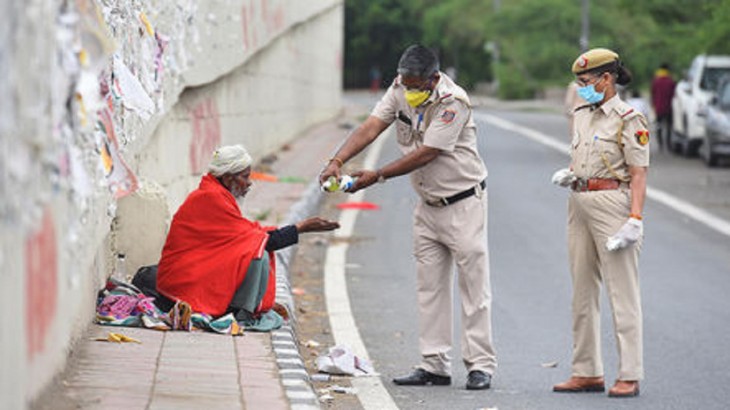 India is second in the number of Corona cases in November. (Photo Credit: News Nation.)

With 45,882 new cases coming up within a day of Kovid-19 in the country, the total number of infections on Friday exceeded 9 million. After America, India has become the second country where more than 90 lakh cases of Kovid-19 have taken place. However, it is a matter of relief that India took 22 days to reach 80 lakh to 90 lakh cases. This is the second slowest increase in India on 1 million cases. That is, the impact of the epidemic has reduced in recent weeks. On Friday, a drop of 491 was observed in active cases. In this way, there are 4,43,794 active cases of corona in the country.

Last 10 lakh cases in 22 days
The last 10 lakh cases reported in 22 days shows that the outbreak of corona has decreased since it reached the peak in mid-September in India. At that time, the cases had increased from 40 lakh to 50 lakh in just 11 days. However, in the last 24 hours, the number of people recovering from corona has gone up to 84,28,410 with 44,807 patients being discharged. The national rate of healthy people is 93.6 percent. There have been a total of 90,04,365 cases of Corona virus infection in the country. Due to infection within 24 hours and 584 people died due to which the death toll increased to 1,32,162. The death rate of corona virus infection has come down to 1.46 percent.

India in second place in November cases
Despite the decline in cases since September, in the month of November, India ranked second in the world in terms of most cases. Health Ministry has kept the trend of last few weeks. According to this, the number of new cases that are coming up every day, more than that, they are recovering and returning home. According to the data, 4,43,794 people infected with Corona virus are being treated in the country, which is 4.92 percent of the total cases of infection. According to the Indian Council of Medical Research, till November 20, 12,95,91,786 samples were tested for Kovid-19, out of which 10,83,397 samples were tested on Thursday.

Jaish terrorists Killed in Nagrota Encounter were in touch with Pakistani handlers, Rauf lala Name surfaced Nagrota was in touch with brother of terrorist...

I deserve a place in the Test team: Pukowski |

Keep your body warm by consuming these things in winter

Bihar Election: Nitish will sit on CM’s chair! Shah will...