Congress supporter Saket Gokhale has filed a case against well-known writer Taslima Nasreen. Saket has filed a complaint against Tasliman for spreading communal hatred in India. 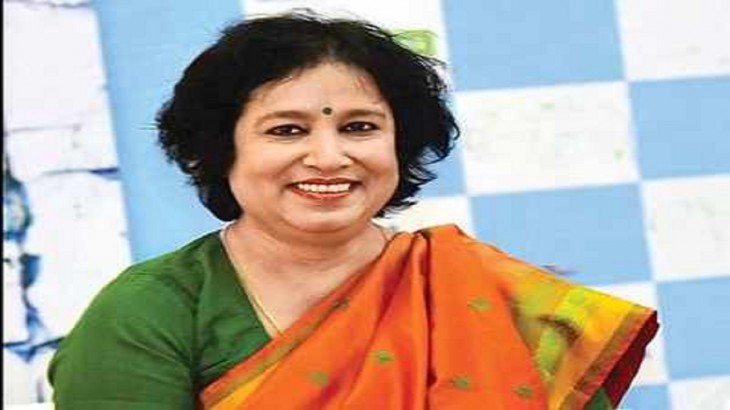 Congress supporter Saket Gokhale has filed a case against well-known writer Taslima Nasreen. Saket has filed a complaint against Tasliman for spreading communal hatred in India. Actually, Taslima Nasreen posted a post from her Twitter account on 29 October. In which he wrote ‘Boycott Islam’.

Saket Gokhale wrote in the complaint that Taslima Nasreen (a citizen of Sweden), who is on a visa in New Delhi, has tried to spread communal hatred in India through her tweet, in violation of the visa norms.

Also read: Home Ministry and Delhi government meeting on Monday regarding the rising case of Corona

Saket Gokhale has filed a complaint with the Regional Registration Officer of Foreigners. The complaint letter said that Nasreen’s tweet was “a sly and deliberate attempt to spread communal hatred and hatred in our country”.

After the terrorist incident in France, Taslima Nasrin said that the religion of Islam needs reform, otherwise there is no place for this religion in modern civilization. Before this, Taslima wrote on Twitter, ‘Boycott Islam.’

Read more: PM Modi will thunder in Bihar on November 1, tomorrow there will be four rallies

At 9 am on 29 October 2020, a terrorist incident occurred in the Cathedral Church located in the city of Nice, France. Significantly, Taslima openly talks about the evils of Islam and the flaws of this religion.

Eat diet according to your blood type

Cricket to be included in Olympics: Dravid |

If you want to avoid depression, then eat tomatoes

‘Being Serena’ dedicated to all women: Serena

Protect yourself from the problem of winter blues in this way