During the ceasefire violations along the Line of Control in Nowshera sector, an army sergeant became a martyr. The name of the martyred soldier is Patil Sangram Shivaji. 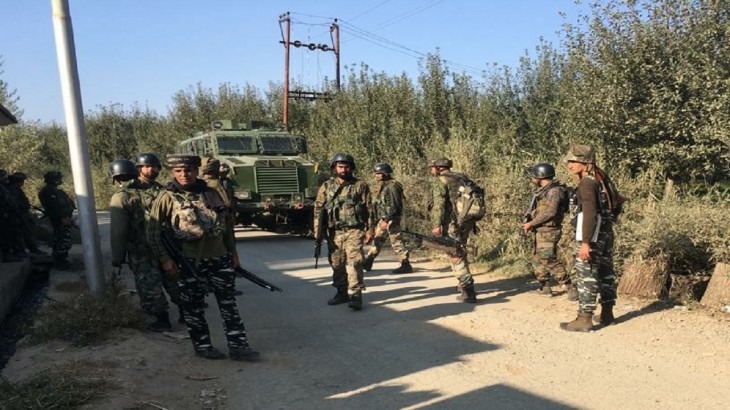 Pakistan’s Deputy Chief of Mission has been summoned by New Delhi for a few hours after the Nagrota attack, and on Saturday, Pakistan violated the ceasefire along the Line of Control (LoC) in Jammu and Kashmir’s Rajouri district. An Indian soldier has been martyred in this. The Indian Army is giving a befitting reply to Pakistan’s firing on the LoC. Defense Ministry spokesman Colonel Devendra Anand said, “One of the army constable was martyred during the ceasefire violation on the Line of Control in Nowshera sector.” The name of the martyred soldier is Patil Sangram Shivaji.

Pakistan is repeatedly violating the bilateral ceasefire agreement signed by both countries in 1999. Since January 2020, more than 3,200 ceasefire violations have killed 30 civilians and injured more than 110. Let us know that on Thursday, 4 terrorists were killed near Nagrota toll plaza on Jammu-Srinagar National Highway, from whose possession 11 AK rifles and other weapons were recovered.

Apart from various places in Uri, the ceasefire violations were also reported in Gurez sector of Bandipura district and Keran sector in Kupwara district, after which India had lashed neighboring Pakistan for false cleaning. Last week, Pakistani troops violated ceasefire at several places along the Line of Control (LoC) between Uri sector and Gurez sector in Jammu and Kashmir. Four security personnel were martyred in this firing done by Pakistan. With this, the lives of six more people were also lost.

Jaish terrorists Killed in Nagrota Encounter were in touch with Pakistani handlers, Rauf lala Name surfaced Nagrota was in touch with brother of terrorist...

You can make wipes at home too, know how

PM Modi participates in the inaugural ceremony of office-cum-residential complex of...

Rahul Gandhi’s big statement- I am not going to back down...

Coriander is very beneficial for health, know how

Prime Minister Narendra Modi said – ‘the person who accepts the...

Polls of Exit Polls: Who will be Bihar this time? ...