The terrorists, who were killed in an encounter on Thursday in Nagrota Encounter in Jammu and Kashmir, were in the process of executing a big conspiracy on the 26/11 anniversary. Prime Minister Narendra Modi held a high-level meeting on this matter on Friday. 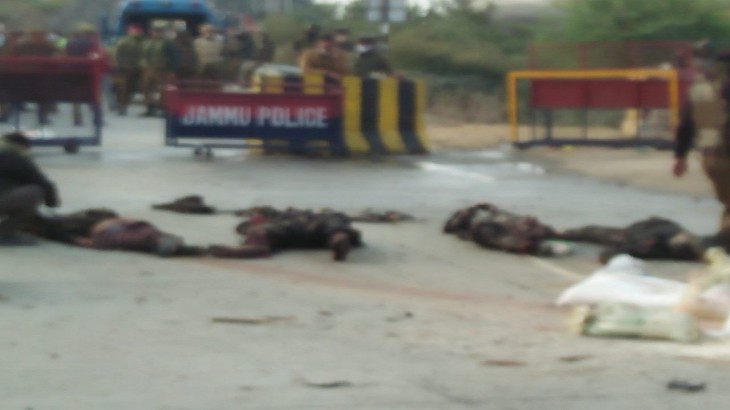 The terrorists killed in Nagrota were in the same attack on 26/11 (Photo Credit: File photo)

The terrorists, who were killed in an encounter on Thursday in Nagrota Encounter in Jammu and Kashmir, were in the process of executing a big conspiracy on the 26/11 anniversary. Prime Minister Narendra Modi held a high-level meeting on this matter on Friday. According to the information, in this meeting, Home Minister Amit Shah, NSA Ajit Doval, Foreign Secretary along with officers of all intelligence agencies were present.

Also read: Big news: Rail and flight services may be closed between Delhi and Mumbai

Massive weapons were recovered from the terrorists killed in Nagrota encounter. Some of these weapons were also Chinese. At the same time, emergency medicines were also found from them. According to intelligence sources, the terrorists were preparing for a similar terrorist attack on the 26/11 anniversary. Sources say that after the escape of the driver, no clue has been found so far. On the other hand, intelligence agencies have also found evidence of the terrorists being associated with Jaish-e-Muhammad. After this, the investigation of the case has also started by the NIA.

Also read: Schools in Mumbai will not open till 31 December, BMC’s big decision

On Thursday, after intelligence input, the police stopped a truck heading towards Kashmir for checking on the Srinagar-Jammu highway during 4.20 am while checking in Nagrota area. But the driver of the truck ran off as soon as he stopped during checking. The army searched for the driver but found no clue. Meanwhile, the terrorists sitting in the truck started firing. After a 3-hour encounter, four terrorists were killed.

Ashram 2 actress Anupriya Goenka was revealed – at the age...

Leave Chinese food, you will get tremendous benefits

Follow these home remedies to get rid of swelling in winter

Number of people getting rid of corona in the country crossed...

In absence of Virat, pressure will be on Indian team: Ponting

Angry man hangs his wife in trap due to missing mobile...