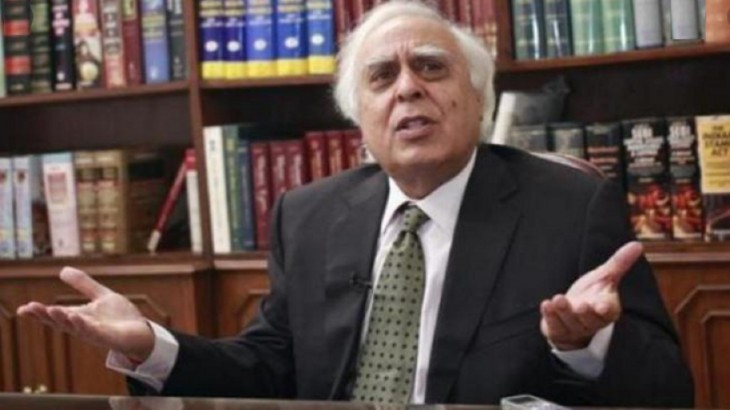 A few months ago, Kapil Sibal, the senior Congress leader who was throwing a ‘letter bomb’ in front of interim president Sonia Gandhi, is not diminishing. It seems that Sibal has come in the role of a rebel. The main reason for this is that after the statement once again raising the high command to the forefront, senior leaders like Adhir Ranjan Chaudhary including Rajasthan Chief Minister Ashok Gehlot were hotly attacked. Despite this attack, Kapil Sibal’s attitude has not softened. On the contrary, he has become more assertive. Now in a TV interview, he has attacked the Congress high command even more fiercely.

Congress is not only trying to strengthen the organization
In an interview given to a news channel, Kapil Sibal again attacked the top leadership. This veteran leader has even said that the Congress party is no longer an effective opposition in the country. Sibal claimed that the Congress is not making any effort to strengthen its organization. Not only this, Sibal expressed his deep displeasure at the way the party functioned, raising the issue of not being able to elect the post of Congress President for more than a year. He said that Rahul Gandhi left the post of president of the party one and a half years ago. In such a situation, how can a political party work without a leader for one and a half years… Congress workers do not know where they have to go.

Also read: Live: Bharti and Harsh will be produced in the court today in the drugs case

Congress is not an effective opposition
The former Union Minister said that it has become clear from the recent elections that Congress has no influence left in states like UP. Apart from this, in states like Gujarat and Madhya Pradesh, where Congress was directly confronted with BJP, the results were very bad. He said, ‘We lost all eight seats in Gujarat. 65% of the votes went to the BJP’s account while the Congressmen who changed these seats were vacated. All the 28 seats in Madhya Pradesh were vacated due to change of ground by Congress MLAs, but the party could win only eight seats. Sibal said, ‘Wherever there are two or two hands directly from the BJP, we are not able to prove effective alternatives there. Something is definitely going wrong. We have to do something about it.

Also read: Now Ayurveda doctors will also be able to do general surgery, the center gave the green signal

The high command is not even discussing defeat
Kapil Sibal said that he had raised this issue in the meeting of parliamentary group in July. After that, 23 leaders wrote a letter to the Congress President in August, but there was no discussion, no one contacted us. When Sibal raised the issue of Congress’s poor performance in Bihar assembly elections and by-elections in some states, Rajasthan Chief Minister Ashok Gehlot, Congress Parliamentary Party leader in Lok Sabha Adhir Ranjan Chaudhary and Delhi Congress chief Anil Chaudhary became the attackers. Gehlot tweeted, ‘Kapil Sibal had no need to discuss our internal issues in the media. This has hurt the sentiments of party workers across the country.

Drinking salt in water is very beneficial for health

Wearing tight socks can be harmful for health

Why are Islamic fundamentalists so afraid of worship watch debate show...

ALSO READ: Do you have such a habit?

Forcefully Religious Conversion And People Who Are Doing It Must Hang...