Kaun Banega Crorepati season is going on Today, on Wednesday, she joined the list of another millionaire. 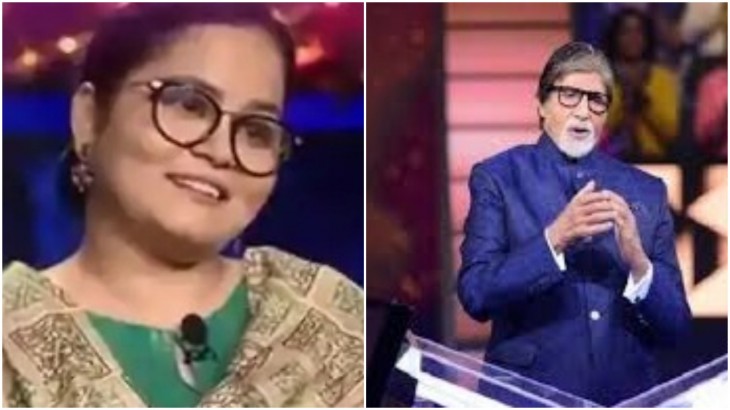 Kaun Banega Crorepati season is going on Today, on Wednesday, she joined the list of another millionaire. Nazia Naseem took one crore rupees in his name. Nazia, sitting on a hotseat with Amitabh Bachchan, won one crore while answering the question correctly. Nazia works as a group manager. She progressed the game in a very good way and very fast she crossed the first and second stop.

He proceeded with the game by answering the questions with great understanding. With her intelligence, she reached the 15th question. Now in your mind, what question was that, which Nazia got one crore rupees when given the right answer. The question that Amitabh Bachchan asked was- Which of these actresses has ever won the National Film Award for Best Playback Singer?

Nazia Naseem was confused between Option A and Option B for a long time. Nazia said that she was not sure whether Roopa Ganguly was the right answer or not, but despite using the Rule of Elimination, Nazia opted for option B. However, this guise of Nazia proved to be right and she won one crore rupees. After giving the correct answer, Nazia started crying, after which Amitabh went to his unique style and offered him tissue paper.

After answering the question correctly, Amitabh made Nazia talk to his son Danyal on a video call. Danyal called his mother I love you on a video call and then Danyal also spoke to Amitabh.

Fenugreek is very beneficial for us, know how

Congress leaders arrested for taking out a rally against agricultural law:...

If you are also troubled by high cholesterol, then follow these...

Eden to return to cricket with Bengal T20 Challenge