Owaisi wrote on Twitter that Hindutva is based on the lie that only one community should have all the political powers and that Muslims should not have any right to participate in politics. 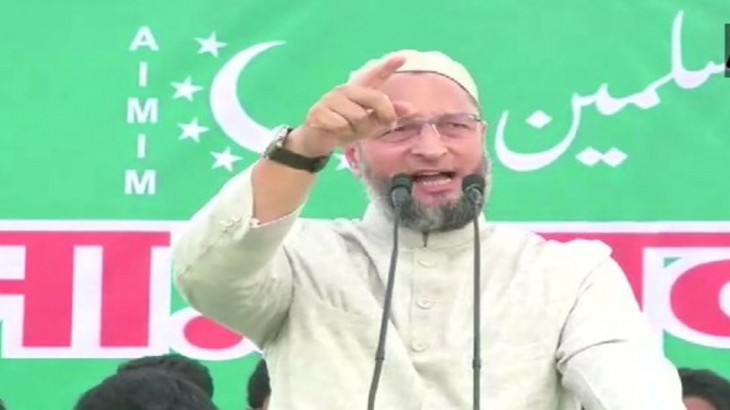 Hyderabad MP Asaduddin Owaisi has attacked the Sangh fiercely. The president of All India Majlis-e-Ittehadul Muslimeen (AIMIM), while targeting the Sangh said that he does not want to give powers to Muslims in Parliament and Legislatures. Owaisi tweeted and wrote, “Hindutva is built on the lie that only one community should have all political powers and Muslims should have no right to participate in politics. Large presence of Muslim leaders in the country’s parliament and assemblies Will act as a challenge against the Sangh. If we can maintain our presence, we will celebrate. “

Hindutva is built on the lie that only 1 community should’ve all political power & Muslims should’ve no right to participate in politics. Our very presence in Parliament & Assemblies is an act of defiance against Hindutva Sangh would celebrate if we simply ceased to exist one day https://t.co/rgQt8dxYh2

Apart from this, Owaisi has also brought UAPA to the dock by making another tweet. He has termed UAPA against Muslims. Owaisi wrote in a tweet, “Let it be clear, UAPA is a Draconian law only used to imprison innocent Muslims, Dalits and dissidents.” For decades, bigotry has been used to persecute and taint Muslim and Dalit youth. It is hard to believe that this is going to be a “religion neutral”. The Union Minister of BJP garlanded the lynchers and the MP accused of them expressed their reverence for the killer of Mahatma Gandhi.

Let’s be clear, UAPA is a draconian law that’s only used to imprison innocent Muslims Dalits & dissenters. For decades ‘radicalisation’ has been used to torture & stigmatise Muslim & Dalit youth. Hard to believe that this is going to be a genuine “religion neutral” exercise … 1/2 https://t.co/Rqfcz70UgG

Consumption of gooseberry is very beneficial for health

You may not know these benefits of olive oil

BJP sweeps the by-elections, winning 40 seats out of 59

Uttar Pradesh and Chandigarh in quarter finals of GPL cricket