News Nation held a special conversation with Union Minister General VK Singh. On the operation in Nagrota, General VK Singh said that a huge conspiracy has been thwarted. He further said that whenever elections were held in Jammu and Kashmir, it happened then 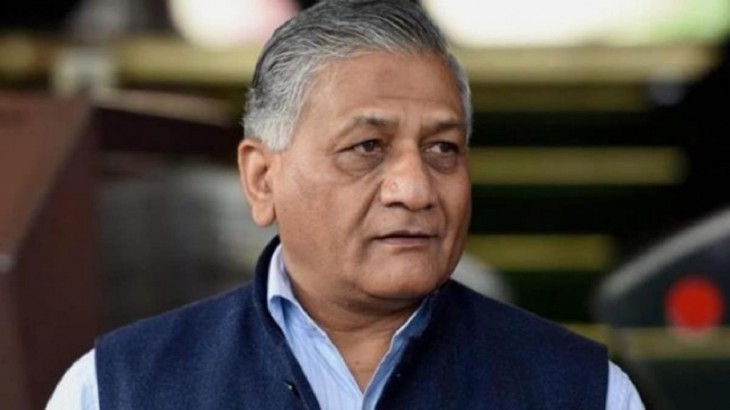 News Nation held a special conversation with Union Minister General VK Singh. On the operation in Nagrota, General VK Singh said that a huge conspiracy has been thwarted. He further said that whenever elections have been held in Jammu and Kashmir, this has happened then.

The Nagrouta operation was carried out by the military forces in an excellent manner and the terrorists were piled up. He further informed that more investigations are going on right now. Along with this, while answering the questions, he said that I will not link to 26/11, but this is an attempt to obstruct the election.

Without naming the Gupta alliance, General VK Singh said that some people are advocates of Pakistan and China. Pakistan has always tried to create instability in Jammu and Kashmir after the removal of Article 370, but has failed and will continue.

Along with this, he appealed to the people to be prompt. He said that terrorists can be thwarted by being prompt. It is necessary to be vigilant to end their nefarious intentions.

The Union Minister questioned the preparations of the Kejriwal government regarding the corona and pollution spreading in Delhi. He said that the Delhi government has decreased in the crisis of Corona. The market is in very bad shape. The Delhi government seems to be failing in the Corona case.

Let me tell you that on November 19, four terrorists were killed by security forces in Nagrota. They were hiding in the truck. Many rounds were fired from both sides. Bulk ammo was also recovered from them.

After China, now America has also agreed – India is going...

100 million doses of Corona vaccine may arrive in India by...

Easy victory of Djokovic and Medvedev

Wearing tight socks can be harmful for health

More than 40 lakh rupees reached Baba’s account, preparations to get...

How to protect yourself from dry eye problems in winter

Polls of Exit Polls: Who will be Bihar this time? ...