Nawab Malik says that NCB is working to save drug smugglers and discredit Bollywood. Zonal director of Narcotics Control Bureau, Mumbai, Sameer Wankhede said that allegations of drug abuse have been made against him. 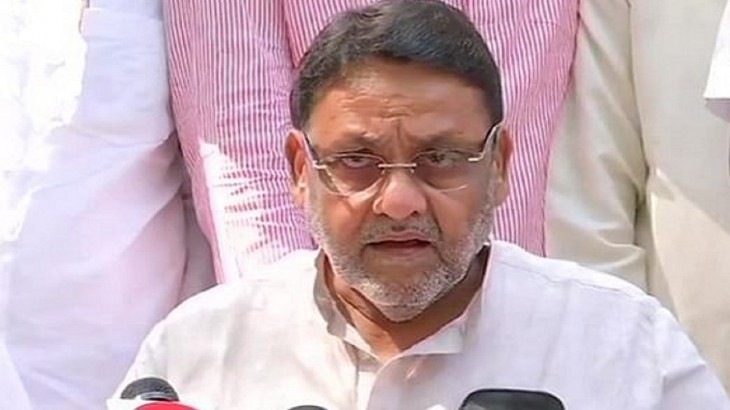 The politics of Maharashtra has once again become hot due to the arrest of comedian Bharti Singh and her husband Harsh Limbachia and the action of NCB. Nawab Malik, a minister in the Maharashtra government, has questioned NCB. Nawab Malik says that NCB is working to save drug smugglers and discredit Bollywood. Zonal director of Narcotics Control Bureau, Mumbai, Sameer Wankhede said that allegations of drug abuse have been made against him.

Nawab Malik targeted NCB’s action and said that NCB is arresting people who consume drugs, these people are drug addicts, they should be sent to de-addiction centers and not in jail. NCB’s job is to catch drug traffickers but no action has been taken against them. Is NCB arresting the people of the film industry and defending the smugglers of drugs?

NCB is arresting people who consume drugs. They’re addicts who should be sent to rehab, not jail. NCB’s duty is to track down drug traffickers but no action being taken against them. Is NCB protecting them by arresting drug addicts from film industry ?: Maharashtra Min Nawab Malik pic.twitter.com/sOuSMeZ52J

Disha Salian had been the manager of Bharti
In the Sushant Singh Rajput case, his manager Disha Salian was also the manager of Bharti Singh. Maharashtra government is also on target regarding the death of Disha. Questions were raised on the Uddhav Thackeray government in the suspected death of Disha Salian. Political parties including BJP also targeted it. Now Nawab Malik has once again started calling NCB’s action a Bollywood conspiracy regarding the arrest of Bharti Singh.

Also read: Web series ‘A Suitable Boy’ in controversy, orders for inquiry on the allegation of love jihad

Significantly, on Saturday, NCB raided the house of comedian Bharti Singh and his production house. The NCB got 86.5 grams of hemp in action. During interrogation, Bharti Singh and her husband Harsh accepted the use of cannabis. Significantly, after the suicide of Sushant Singh Rajput, the NCB team is investigating drugs angle in Bollywood. In this case, the names of many stars, including Rakul Preet, Deepika Padukone, have been revealed.

SC strict on rising cases of corona, said – Do not...

In states where there were less cases of corona, infection is...