The meeting of the Ram Mandir Construction Committee in Delhi is going to take place on 22 November. Along with this, other plans for temple construction and temple complex projects can also be discussed on the design sought from architects from all over the country. 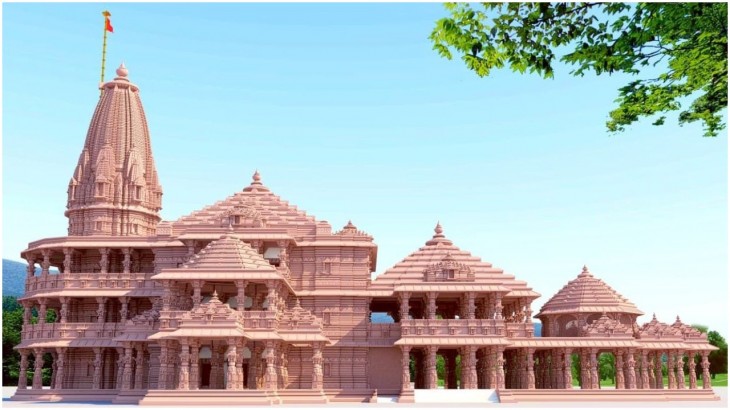 Preparations have begun for the next phase of construction of the Ram temple (Ayodhya Ram mandir). The meeting of the temple construction committee in Delhi is going to be held on 22 November. Along with this, other plans for temple construction and temple complex projects can also be discussed on the design sought from architects from all over the country.

In the meeting to be held today, the chairman of the committee, Nripendra Mishra, will consult with the technical team of Tata Consultancy Services, L&T, V Sompura Company for the construction of 1200 pillars of the temple. Today a big decision can be taken regarding the design of the temple complex.

Also read: Now Ayurveda doctors will also be able to do general surgery, the center gave the green signal

The trustee of Ramjanmabhoomi Trust, Dr. Anil Mishra, avoided the topic of the meeting and said that the work of technical experts will be handled at the same level. He said that in this case we can not make any haste even if we want to. He said that it is for these reasons that the construction of the temple has been estimated to take three and a half years. Dr. Mishra told that the experts of IIT, Chennai and CBRI, Roorkee are engaged in their research work. The construction work will start on the basis of their final report. It was told that the pillars made through test piling before the foundation is also part of the foundation. After the report comes, the process will start next.

Construction of temple foundation pillars will take 8 months
According to the temple’s chief architect Nikhil Sompura, the L&T company can take 6 to 8 months to prepare the 1200 pillars for the foundation of the temple. After that, his company will start stone work. Which has been prepared. The ground floor will be ready with about one and a half million cubic stones placed in the temple workshop. About 1.25 lakh cubic feet and stones will be needed to construct the first and second floor of the temple. Talks are on to supply it from the Khadan of Bharatpur in Rajasthan.

Pakistani drone shows at border in Arnia sector of Jammu and Kashmir, returned after BSF firing

Take special care of your heart in winter season, know how!

Can Corona Vaccine Covishield be used in Emergency? Serum Institute...