Congress President Sonia Gandhi has been advised by doctors that she should go out for some time to avoid serious pollution in Delhi due to chest infection. 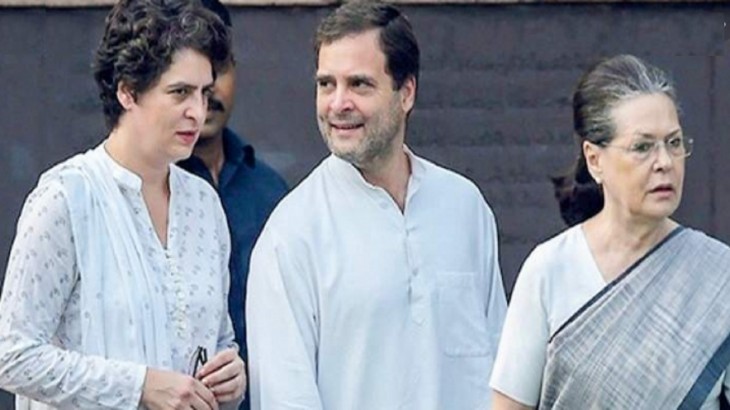 Congress President Sonia Gandhi has been advised by doctors that she should go out for some time to avoid serious pollution in Delhi due to chest infection. After this, there is a possibility that she can go to Goa on Friday along with Rahul Gandhi and Priyanka Gandhi Vadra. Sonia Gandhi has been on medication since August 2, after being discharged from Sir Gangaram Hospital and her doctors are worried about her chest infection. According to sources, the Gandhi family will spend time in Goa for about a week. However, this is not the first time that Sonia Gandhi is going out of Delhi in winter.

Will spend a week in Goa
It is important to note that with the Herd wave of Corona infection in Delhi, increasing pollution is becoming a serious threat to health. At 10 am on Friday, the air quality index was 305, which falls in the ‘severe’ category. In such a situation, due to increasing pollution in Delhi, Congress interim president Sonia Gandhi will stay out of Delhi till next week. On the advice of doctors, Sonia will spend some time outside Delhi in a favorable environment. Sonia Gandhi and Rahul Gandhi are leaving for Goa today. For the past few years, Sonia Gandhi spends some time outside Delhi during the winter months. Due to health reasons, there is a danger of their health deteriorating due to increasing pollution in Delhi. Last year too, he spent a week or two in Goa. However, during the Corona period, Sonia is taking part in all the meetings and meetings only through video conference.

It is becoming difficult to breathe in Delhi
Significantly, despite the NGT’s ban on firecrackers, pollution levels in Delhi remained high on the occasion of Diwali this year. The Central Pollution Control Board (CPCB) had said in its report that the quantity of all pollutants was higher in Diwali this year than in 2019. It was said towards CPCB, ‘Diwali was in mid-November this year when the weather conditions are not favorable for the dispersion of pollutants. In contrast, Diwali in 2019 was in the last week of October. On Diwali this year, the contribution of burning of starch in the amount of PM 2.5 was 32 percent as compared to just 19 percent last year.

Sleeping in sanitary pads, the custom officer caught such…

Know some of the best benefits of drinking buttermilk

These players will not get a chance to play international cricket.