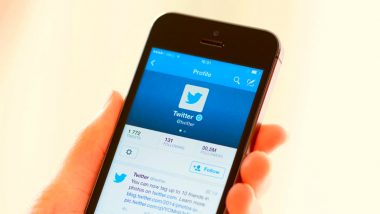 New Delhi: Online social networking site Twitter has responded to the central government’s notice. A Twitter spokesperson said on Monday that Twitter was and will remain highly committed to India. We assure the government that Twitter is doing its best to comply with the new guidelines. Its information has been properly shared. We will continue our positive discussions with the Government of India. Twitter: Can India suspend Twitter for complying with IT rules?

Twitter has asked the Indian government for more time to comply with the new information technology (IT) rules, the report said. According to sources, the agency said it wanted to follow the rules but needed some more time due to the epidemic in the country.

According to PTI, Twitter has written to the Ministry of Electronics and Information Technology asking for more time to comply with the IT rules. He said he wanted to follow the rules but was unable to do so due to the epidemic.

Twitter is and remains deeply committed to India. We assure the Government that Twitter is making every effort to comply with the new guidelines and that an overview of our progress has been properly shared. We will continue our constructive dialogue with the Government of India: Twitter Spokes pic.twitter.com/Krlhe8Pg8t

On Saturday, the government issued a notice on Twitter, giving the new IT rules “one last chance” to comply immediately. The government has warned that if Twitter fails to comply with the rules, it will forfeit liability under IT law.

The Ministry of Electronics and Information Technology (MITY) said Twitter’s refusal to comply with the rules implies that the microblogging site has no commitment and does not seek to provide a secure experience to the people of India on its platform.

The ministry said that although the rules came into effect on May 22, 2021, it was in good faith that Twitter Inc. was given a final notice to comply with the rules. He must obey the rules immediately. If he fails to do so, he is relieved of his obligations. Also, he must be prepared to take action under the IT Act and other penal provisions.

Recently, Twitter removed the ‘Blue Tick’ from the personal accounts of top Rashtriya Swayamsevak Sangh (RSS) workers, including Vice President M Venkaiah Naidu and Mohan Bhagwat, and later recovered it in a loud voice. At the same time, Twitter said that as a rule, if it is incomplete or has not been active for six months, the blue tick will be automatically removed from any account.

In China, Indian SIM cards are being used for fraud, the agencies involved in the investigation