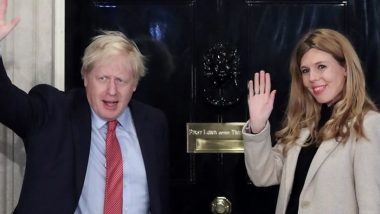 British newspapers gave this information in their news. The prime minister’s office declined to comment on reports from The Mail and The Sun that the prime minister and his fiance were married at Roman Catholic Westminster Cathedral in the presence of family and friends. The Sun reported that senior staff at Johnson’s 10 Downing Street office had no knowledge of the wedding plans.

In England, only 30 people can attend a wedding due to restrictions imposed due to coronavirus infection. Johnson, 5, and Symonds, 33, announced their engagement in February 2020 and have a one-year-old son. The boy’s name is Wilfred.

Read more: Britain: Jenny McGee, the nurse who cared for Prime Minister Boris Johnson, has resigned, criticizing the government’s response to the epidemic

This is Symonds’ first marriage and Johnson’s third. Following the news of the marriage, the leaders sent a congratulatory message to the Prime Minister.