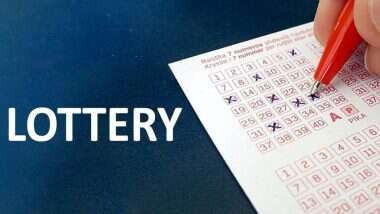 New York: In the U.S. state of Massachusetts, a family of Indian descent has set an example of honesty to a woman in her lottery (Lottery) Returned the ticket, which he thought had been canceled, and made the woman a millionaire overnight. Families of Indian descent are being praised for its honesty. In March, Lee Rose Figa bought lottery tickets from a store called ‘Lucky Stop’. The shop belongs to a family of Indian descent living in the Southwick area. Women often bought tickets from this store. USA: Horrific shooting outside a bar in Ohio, 3 killed; 5 injured

“I had a lunch break and I was in a hurry,” Fiaga said Monday. I hurriedly removed the ticket number and saw that my lottery had not come out, I gave them a ticket and told them to throw it away. ”

The New York Post reported that the woman did not cut the ticket in a hurry and the ticket was kept in a useless ticket for ten days. After that, the shop owner’s son Avi Shah looked at the ticket. “The ticket was sold by his mother Aruna Shah and the woman who sold it was a regular customer,” Avi Shah told reporters.

The local television station WWLP quoted Avi in ​​its news, “One evening I looked at the tickets lying idle and saw that they did not scratch the number properly. I scratched the number and saw that it had a ten million dollar reward.” I became a millionaire. “

He said he thought of buying a car with the money, but later decided to return the ticket. The Shah family said the decision to return the ticket was not easy. “We didn’t sleep for two nights,” said Munish Shah, the shop’s owner. He called my mother in India, this is my grandmother, and she said, return the ticket, we don’t want that money. ”

After that, the family decided to return the ticket. About the whole incident, Fiaga said, “Shah came to call me, I said I was working, but he said you don’t have to come, so I went there and after I got there I found out the whole thing.” I can’t believe it. I hugged her crying. “He is being lauded for this work by families of Indian descent.