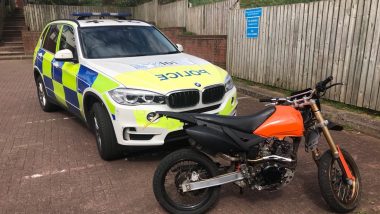 An iconic image of the shooting in America (Photo credit: Twitter)

Three people have been killed in a shooting at a graduation party in Florida, USA. Miami-Dade Police Director Freddie Ramirez told reporters Sunday that one of the dead was a state correctional officer. He said the party in the lounge of a mall was about to end when some cars came and started firing at the crowd. The identities of those killed and injured on Sunday were not immediately released. The shooting took place at Kendal in the suburbs at 2pm. Blacks killed by U.S. marshals, people protest in Minneapolis

Police believe the gunmen were in the car that killed the two men. The car collided with a nearby wall. Officers found a gun in the car but its exact connection to the shooting is not yet clear. There have been several shootings in Miami in the recent past.