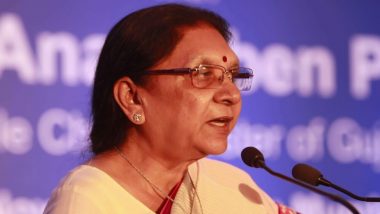 Lucknow: Before the Assembly elections in Uttar Pradesh next year, the BJP is witnessing high voltage drama. There is speculation that there may be a big upheaval in the party before the election. Meanwhile, amid speculations of a cabinet reshuffle in the Yogi Adityanath government, Radha Mohan Singh, national vice-president of the Bharatiya Janata Party (BJP) and in-charge of Uttar Pradesh, met UP Governor Anandiben Patel on Sunday. Singh, however, called it a “courtesy call.”

If you want to know whether the reshuffle of the cabinet has been discussed. Singh said, “There are some fertile minds who continue their farming. Supporting the Chief Minister, he said that his government is very popular. Radha Mohan Singh will meet UP Assembly Speaker Hridoy Narayan Dixit on the day.