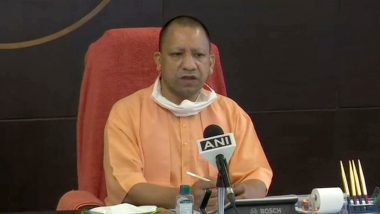 Lucknow: In Uttar Pradesh, due to the successful strategy of CM Yogi Adityanath, new incidents of corona have come down drastically. Meanwhile, the Yogi government is also planning to speed up vaccination. From June 1, all district headquarters will be vaccinated against Covid aged 18 to 44 years. Chief Minister Yogi Adityanath has directed to vaccinate people aged 18-44 in all district headquarters from June 1. Uttar Pradesh: CM Yogi’s effective strategy, due to the speed of corona infection, has been done in phases.

Then, in the second phase, from May 10, vaccination was started in Gautam Budh Nagar district (18 districts in total) including 17 district headquarters including all the municipal corporations in the state and in the third phase it was extended to 23 districts.

The state has increased the lockdown

Corona curfew has been extended again in UP. A spokesman for the UP government said the partial coronary curfew result was seen to be positive in coronary infection control, so it was decided to extend it. This time, restrictions have been imposed until 7 a.m. on May 31. The number of cases in the state is steadily declining. During this period, the necessary services will continue, including vaccination, industrial activities, medical work.