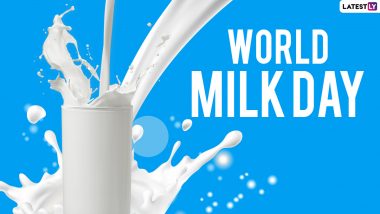 New Delhi, June 2: Milk production in India has grown at an average annual rate of 6.3 per cent in the last six years. Union Fisheries, Animal Husbandry and Fisheries Minister Giriraj Singh said this on Tuesday. He was speaking at an ‘online’ program organized on the occasion of World Milk Day. The Minister announced the launch of the Gopal Ratna Award, the National Award for Cattle and Dairy. He mentioned that eligible farmers, dairy cooperatives or AI technicians can apply for the award online and the portal for the award will be open from 15 July 2021. The winners of the award will be announced on October 31, 2021.

Per capita availability of milk has increased from 30 to 30 grams per capita in 2013-2017 to 406 grams per year in 2000-2010. State Minister for Fisheries, Animal Husbandry and Dairying Sanjeev Kumar Balayan and Pratap Chandra Sarangi spoke on the occasion.